Wherever You Go, There You Are 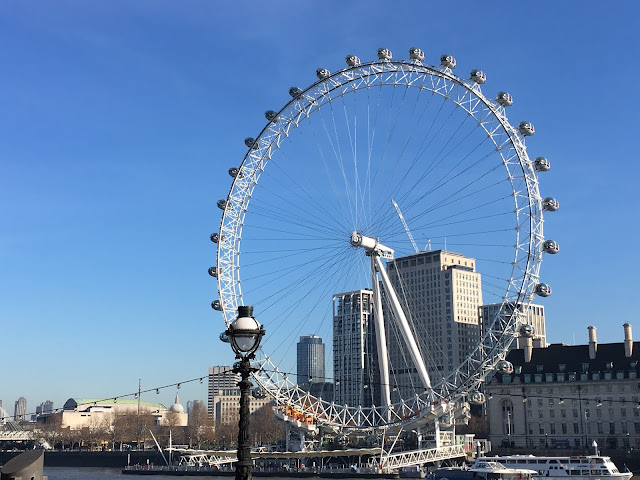 To say it was a busy time is an understatement. When I first got to Berlin, it was to attend a trade show. I spent long days on my feet, talking to customers, doing inventory, packing and unpacking boxes, etc. In the evenings, I got to spend time with a good friend who was also in Berlin for the same trade show, which was lovely, but led to a few later nights than I am used to.

My vacation time in Berlin was good. The city itself didn't impact me, but it was still a nice place to see and visit. I tried to do as much as I could, while also giving myself a bit of down time. Inevitably, there were a few late nights. (A cooking class which went overtime, and then a Burlesque show - which was more of a nude variety show - complete with a bare-breasted woman wearing a rubber frog-head. I think that was one of the strangest things I've ever seen in my life, and something that I can never un-see.)

London was a different story. My love affair with London was sparked in 2004 during my cruise ship days, but officially began in 2016 when I spent a week there. I love London. I'm pretty sure I wouldn't want to live there (or maybe...?), but I do enjoy visiting. It's an amazing place for a city girl. All the shops, the cafes, the restaurants, the theater. Oh the theater... I went to three shows, and had my fill of singing and dancing until next time I visit. (Not true, but this is what I'm telling myself to ease the pain of being patient until the next trip. My third viewing of Phantom of the Opera will need to wait.) 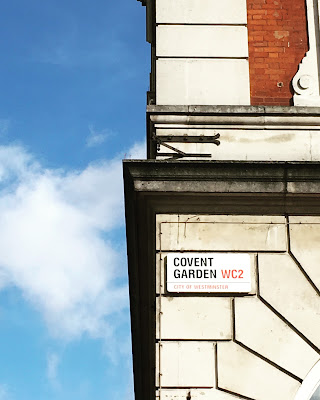 Aside from a packed itinerary, every single leg of my flight was affected in some way. Ottawa to Toronto - cancelled, re-booked, mad dash to airport. Toronto to London - delayed. London to Berlin - suitcases lost. Then the leg back. Berlin to London - flight cancelled, re-booked, 10 painful hours in the Berlin airport. London to Ottawa - flight delayed.

Halfway through my stay in London, I burst into tears late one evening as I was coming back from the theater. I actually ugly cried because I just wanted to go home. I felt guilty for losing sight of my gratitude in that moment...because I mean, hello, I was in London.

My introvert soul was very unhappy. Wherever you go, there you are. Being in all of these wonderful places didn't change who I was. That's something I knew, something we all know, but something that we still ignore at times when we step out of our familiar worlds.

We think that being somewhere different will make us different, but that never happens. If anything, we just become more of who we are.

I'm an introvert who keeps trying to pretend that I'm not. And it's about time I accepted myself. While I was traveling, I put immense pressure on myself to go do all the things, and to see all the things. I did too much - FOR ME - and it robbed me of the full enjoyment of my experience.

I now know for sure that as far as schedules and travel go, the best thing for me is to only have one activity scheduled per day (meaning that I only have theater tickets for one show per day, instead of two + plus an Airbnb Experience. Yeah that day was long).

The freedom to explore and be spontaneous when traveling is the best thing about it because traveling sparks magic and serendipity, but only if there's room for it to happen.

In the midst of all this, and the whole point of this piece of writing, is to present a brief moment to you all which was one of the highlights of my trip.

It was the day after the ugly cry. I was so tired, but had still done a walking tour because I had booked it way in advance (lesson learned - unless they are very difficult tickets to get, wait to book 'cuz you might not feel like it.)

I had lunch at a Japanese-chain restaurant called Itsu, close to the Charing Cross tube. When I walked in I was extremely thirsty, hungry, and tired. And I really, really had to pee.


I tried to go to the bathroom, but it was locked: special code required. I went to the counter to get a code. Back to the bathroom. Can't open door. Why isn't door opening? There are two handles, why are there two handles? Try different door. Still not opening. Must pee. Start sweating as my frustration grows and bladder gets fuller. Door continues to not open.

I walked back into the restaurant, completely irritated. I saw a young man (maybe early 20's), moving like a whirling dervish, cleaning, clearing, stacking trays. I stopped him and asked about the bathrooms.

"You have to turn both handles at the same time."

"I will come and help you madam."

He stopped what he was doing and opened the door for me. My saviour. (Listen, when you gotta go, you gotta go. Anyone who facilitates that is a hero.)

After (finally) going to the bathroom, I was able to relax. I sat down and downed some water, and then ate my salmon edamame rice bowl. (So good...next time in London I will be visiting this place more often.)

I watched the young man as I ate. He was short, with a slight build. He was dressed in black from head to toe. He had black wavy hair, dark almond-shaped eyes, but very light pink-hued skin. His face was wide, his nose slightly flattened. An Asian mix of some sort. He could have been from the Philippines but his skin was the wrong colour. Maybe he was Thai, but again, the skin tone wasn't right.

He didn't stop moving for a second, and he was sweating. Stacking, cleaning, clearing. This was obviously a very popular and busy lunch spot, and he was on a mission.

He was clearing close to me at one point, and we chatted briefly. I don't remember what was said in that moment, only that he seemed to be a very kind and conscientious young man.

When I was done eating, he cleared my tray for me. ("Oh you don't have to do that." "It's my pleasure madam.")

"Hello, I just wanted to let you know that aside from the fact that the food here was very good, that young man over there (I gestured) has been incredibly helpful. He helped me get into the bathroom and he was so polite and pleasant about it. I've been watching him work, and he's obviously dedicated, and doing a great job. He's really an asset to your restaurant."

The manager was surprised and happy. He thanked me.

As I walked out, I smiled at the young man.

"It's my pleasure. People need to be recognized for their efforts."

"Madam, you are a very rare specimen."

I smiled at him and walked out.

That moment was one I needed. I think it might have been one he needed too. It's good to remember that this life is a tapestry of interwoven souls, and that all of our experiences aren't just about us, because they are woven into the cloth of other people's life plans.

None of our experiences are entirely our own, which is actually very comforting. We can give up control because the Universe knows the plan, knows how we all need to fit into one another's lives.

I don't know what my doing what I did and being who I am did for that young man, but I know it meant something, that it filled a gap, and that I was the answer for him to some wish or prayer that he had put out into the ether.

I know that because he was the answer to one of my prayers that week, and if nothing else, the Universe works in reciprocal terms. (Hello Karma.)

And that young man reminded me that who I was not only wasn't wrong, but was very, very right.

In a world where people don't acknowledge each other nearly enough (if ever), I make it my mission to do exactly that.

Oprah said that all people want is to be seen, to be heard, and to know that they matter. I remember that as much as I can in every single interaction I have.

What I did for that young man is something I do a lot.

When I worked on cruise ships, my third contract didn't get renewed because I didn't have enough positive comment cards. At the end of every cruise, guests would write their notes about their experience and comment on staff. These comments would go to headquarters, and be reviewed thoroughly. I know that I was very well liked by the people who sailed with us because they told me to my face. But they never took the time to write it down. The few people who didn't like me, did take that time. And that's all that management saw, and so it was all that mattered.

I don't regret that cruise ship experience at all because it taught me a lesson that changed my life: It's important to tell people that you appreciate them. But in a work setting, tell them, and then tell their managers. Always. Because that's what really impacts people's lives. If you appreciate what someone did for you, do something for them, take that extra two minutes to write a positive comment, or to talk to a manager.

Be the change you want to see in the world.

I march to the beat of my own drum. Sometimes that's a lonely path because I often feel as though the drum I hear is different than the one that others hear. But in moments like those in my interaction with that young man, I remember that it's the only path I can walk.

When we act boldly and authentically, we give others permission to do the same.

I will never forget that moment with that young man because it was an answer to a prayer, and a very brief moment of deep and honest connection.

I'm wonderful just exactly as I am. So are you. Let's embrace who we are so that we can fully expand our wings and fly through life like the badass birds we were meant to be.


Let's see one another, recognize one another, be kind to one another. The world so desperately needs kindness and understanding, but the only way we can extend that out to the world, is to first give it to ourselves.

Wherever we go, there we are.