The Dog and Pony Show: So Done TRY-ING

'Cause I am barely breathing
And I can't find the air
I don't know who I'm kidding
Imagining you care
And I could stand here waiting
A fool for another day
But I don't suppose it's worth the price
Worth the price, the price that I would pay.


I was in Toronto last week.

I went for work, to organize a big important event.

The day of the event, I was awake at 4:30 AM, and on-site for 6:00 AM. Par for the course in the events world. That early morning combined with two weeks of no sleep (#breakups #workstress) meant I was running on fumes. And caffeine. 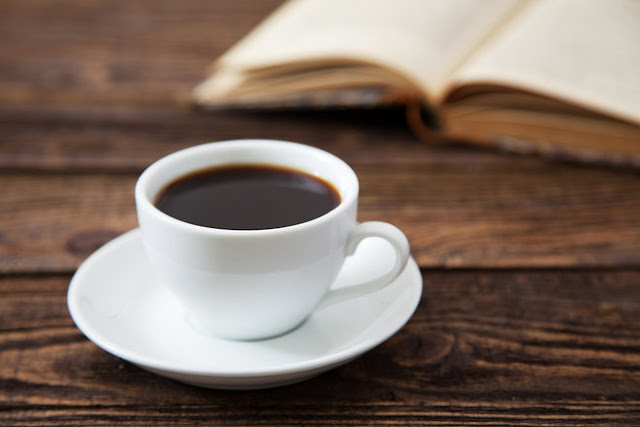 It was stressful as all hell, especially because we had to work with another events team on-site who had a very different vision for the event. Lots of negotiating back-and-forth, some of which was unpleasant since the lead for the other team made a point to ridicule my efforts behind my back / in front of my face. (Oh! Did you HEAR that...? Oops...haha.)

The event went really well though, despite all the nonsense.

When it was over, I did everything in the reverse order to what I'd done at 6:00 AM that morning, and then took inventory of our events supplies and packed everything for FedEx to pick-up and ship back to Ottawa.

It was when I called FedEx to schedule the pick-up that things started to...unravel?

I had a really difficult time with the customer service agent on the phone.

"No we don't need waybills - they're pre-printed and already attached to the boxes. We just need a pick-up. No I don't have my customer account number with me. No the phone number you would have on file would not be mine - it's a company account, I don't know what telephone number you have. Can't you just look up the company by name? Hello? Hello...?"

And then...then I lost my shit.

The events of the last two months came crashing down around me.

Losing my job while on vacation, starting a new job with no one knowing what to do or how to do it, setting boundaries with my family and wrestling with my own sense of self worth, trying to define the best direction for my life - what I'm supposed to "DO" - and then finally falling for and breaking up with another emotionally unavailable man.

It was too much.

Somehow FedEx hanging up on me was the darned straw that broke the camel's back.

I stood in the rain, on the patio outside the ballroom where we'd had our event, and I started to hyperventilate.

And I mean, legit hyperventilate: no air was going in and I started to get dizzy. I thought I was going to pass out.

Then the ugly crying started. 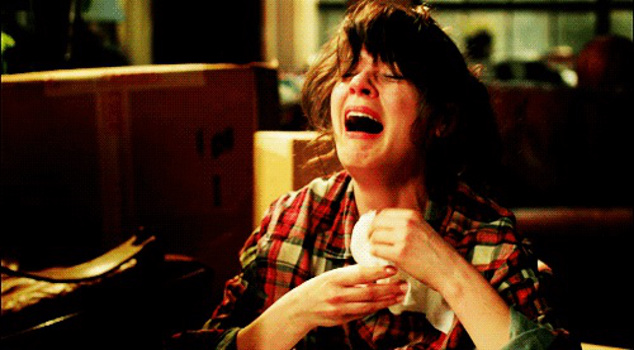 I stood there for I don't know how long, alternating between hyperventilating and ugly crying. (I could only cry when I stopped hyperventilating since sobbing requires air.) It was a full blown anxiety attack, unlike anything I'd experienced in years.

At some point I emergency texted my friends. And my therapist. It was heartwarming that they all got back to me so fast. (I make it a point not to cry wolf, so my friends know if I say it's urgent, then it is.)

Chris and Ron, our on-site events tech crew saw me crying and both of them hugged me. They helped me carry my suitcase down when it was time to leave. And then...we ended up in a bar in Toronto's gay village at 2:00 PM on that rainy afternoon.

DISCLAIMER: I'm not much of a drinker; in fact I'm almost a teetotaler. I can go months without having a drink, and honestly I wouldn't notice or care.

But that day was just...I don't know. I needed to let go. I work so hard to KEEP IT ALL TOGETHER. I TRY SO HARD. All the damn time.

And I was just so tired of TRY-ING.

I also knew that I needed not to be alone in that moment. I wasn't flying home until the next afternoon, and I didn't trust myself to be on my own right then. So I had a few drinks with - what were in that moment - my guardian angels.

And for a while it helped me forget. But by 5:00 PM when we were wrapping things up, the tears started again.

Sometimes the Universe speaks through people messengers. Chris and Ron were messengers that day.

"Listen, if you can't handle the shit that's coming at you, then your foundation isn't strong enough. Do you know how deep the foundation is for a 30-storey condo building? It's deep. I know 'cuz I've been down there. If the top can't handle it, then there's something wrong with the bottom. But what do I know, I'm just a stoner."

I nodded my head, kept sniffling.

Ron, the older of the two, turned to me and asked "Well what is the problem?"

"I keep ending up in the same situation."

"Men who are...running." (The wine had not helped with my coherent thought process.)

"Where are they running?"

"What if you found someone who was running in the same direction as you?"

That statement startled me out of my tears.

Why on earth had I never thought of that before?!


The last image I have in my mind of the man from the plane is of him running in the opposite direction, away from me. He rushed out the door, and down my front steps, then jogged down the sidewalk with a quick perfunctory wave as he ran.

The last image I have in my mind of 13-years ago man is of him running in the opposite direction, away from me. I had accompanied him down the elevator into my lobby. As the doors opened, he ran out and towards the main doors of the building, quickly turned around for one last glance, and then he was off.

I never got to be the star of the show; I've always only been the understudy.

Now, all of this is definitely my dad's fault.

He always made me feel as though I had to earn his love and attention; that I had to put on an elaborate dog and pony show because he generally just wasn't interested in me or what I was doing. It was only when I came home with a perfect report card, or had done something noteworthy that he would look up and take notice for a moment. (And noteworthy meant PERFECT - because everyone knows that only perfection is worth acknowledging.)

I killed myself trying to get those crumbs of attention and approval from him. Trying to be PERFECT.

And then I did the same damn thing with every single man that I've ever dated.

Bells and whistles and noisemakers and, and, and... all to distract from the fact that maybe my father was right and that I'm just not worth paying attention to after all.

Now, as I said, all of this is definitely my dad's fault.

But it's my responsibility to do something about it.

And that's what I've started doing.

I've let go of managing my relationships. I just cannot do it anymore. I am emotionally spent, totally tapped out, on all of the relationship management I've done all my life. All that TRY-ING.

I started with my brother because I got incredibly tired of carrying the heavy burden of our relationship.

So I let go; stopped pushing for time, stopped calling, stopped texting. Months have gone by. And he hasn't picked up the slack.

It's a funny thing - when we stop managing our relationships - to sit back and watch which of our relationships actually die out. To realize that some of the relationships we've had have only lasted as long as they have because of intense efforts on our part. And do we really want to spend our lives trying that HARD?

I personally don't because honestly, I've got other shit to do.

I'm done fighting for people. I will absolutely put in the effort where it is warranted.

But I'm laying down my weapons because I'm tired of fighting for people who can't be bothered to fight for me.

What if I found someone who was running in the same direction as me?

What if the man, THE MAN (because let's face it, I only need one) took my hand and said "Babe, let's run together in the same direction."?

Or forget run. How about meandering? We could meander together in the same direction. It had never occurred to me.


I hero worship Nat Lue. The same way I only read one blog (Mark Manson groupie for life) I only listen to one podcast, and that is The Baggage Reclaim Sessions with Natalie Lue.

She is BRILLIANT. And I often listen to certain episodes at least half a dozen times because they're so profound. She explains things that I've been struggling with my whole life in such a neat and concise manner that it has my soul saying "YASSS!!!!"

I took notes on a recent episode (only to realize she posts show notes on her blog...ooops). I'm sharing here because it gets to the root of all that TRY-ING.

EPISODE 121 - The Release & Relief of Giving Up On Try-ing

And it ends up being that we're white knuckling things, that there's this clinging sort of desperation in these dynamics because it feels like "I've tried this, I've tried that... And I'm still not getting what I want. Ok what can I try next?" And so now there's almost a desperation to get a return on investment.

You always know that you're TRY-ING with someone when they say or do something and what springs to mind is the unfairness given everything that you've tried to do. That you've been and done for them.

Those situations are calling on you to recognize "Hold on a second, you try too friggin' hard." Nobody needs to try that hard. All we need to do in our relationships - in our interpersonal relationships, romantic or otherwise, familial or otherwise - is SHOW UP. Do our best to show up as us. If all the time we're TRY-ING, we're actively TRY-ING something, we're putting severe stress and pressure on ourselves, because we are trying, because we feel we have not been successful yet. We are trying because we are afraid that we are failing or that we have already failed. And now we're just trying to make the best out of a crappy situation.

Something else at the heart of this TRY-ING is feeling as if we have to make up for something. That we have to atone. That we have failed in some way for that person or that we are going to fail in the future so we have to try super hard now and forever more. That somehow, somewhere, if we do “enough” that we might prove ourselves. And it’s a crock.

I don't know who I'm kidding
Imagining you care
And I could stand here waiting
A fool for another day
But I don't suppose it's worth the price
Worth the price, the price that I would pay.

The PRICE is our sense of self-worth.

And that is too high of a price to ever pay for anything.