I Am Not A Filmmaker 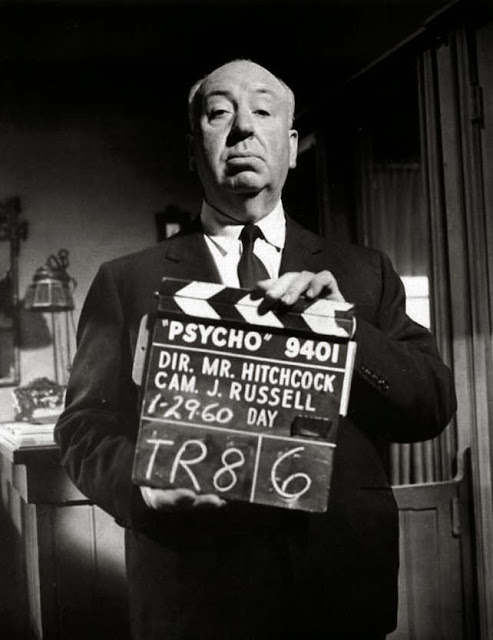 I am not a filmmaker.

I felt the need to say that.

On February 14th I released a project that I'd been working on for three months, about Kevin, a blind man who plays hockey.

I didn't know what I was doing when I started, and I never expected it to take as long as it did. A project which I thought would take about three weeks, ended up taking three months.

What was initially supposed to be only a short article on my website, turned into thirty pages of writing, and a nearly two-hour audio-visual project.

Because that little voice inside my heart said "This is important. This matters. You need to do this."

As I worked on the project, it grew and took on a life on its own. I gave up trying to define what it was going to be and instead allowed it to unfold the way it needed to.

I decided that my barometer for determining when this project was done would be once I felt the following boxes had been ticked in the telling of the story:

That the story would honour Kevin's journey and portray him in the way he's been fighting his whole life to be seen: as a man who is capable of accomplishing great things, but just happens to be blind.

That it might raise awareness on behalf of blind and visually impaired people by being informative in an entertaining manner.

That it might remind people never to take sight or any of their senses for granted.

That it might act as a call to action to anyone who wants to change their lives.

I know that based on these markers, I succeeded.

So again I say: I am not a filmmaker. I am a storyteller. I am a wordsmith.

I have received judgments about my filmmaking abilities (or lack thereof) and so wanted to remind myself (and the world) that this is not the talent I should be judged on. I only made a video because I wanted Kevin to be able to hear me tell his story; the video exists only because of him. (Well then why did I make a video instead of just an audio recording since he's blind and the visuals don't matter? Because I am not aware of any strictly audio platform besides podcasts, and I had no intention of starting a podcast.)

A writer is like any artist, it's only the medium that differs. But I as a writer am no different than an artist sitting at his pottery wheel looking at a lump of clay, seeing the potential beauty within, and then scraping, cutting, molding, shaping, smoothing, until the world can see the same beauty that he knew was in that humble mound of clay. But instead of shaping and molding clay, I am shaping and molding ideas.

This was the most challenging creative project I've ever worked on because there was so much clay; there are so many aspect to Kevin's story that it wasn't obvious to me how it should look when I first started.

I almost quit. The task of shaping this story felt almost beyond me and what if - in my telling of this story - I somehow disrespected Kevin or the blind community. What if I failed?

Throughout the project I kept looking at a quote that I had pinned to my wall shortly after Kevin and I met based on his life philosophy "Failure is an option, but quitting is not."

So I decided that my only metric of success would be actually completing the project to the absolute best of my ability at that moment in time.

Which is exactly what I did.

Since I launched the project, the truly positive comments have been few and far between. I've heard criticism about the length of the project, how it should have been shot in a studio, how it should maybe have been broken up into different parts, etc. etc. Take a number and get in line, everybody had an opinion.

I will admit that I broke down and cried a few times. When an artist creates, that art is so personal, so near and dear to their hearts that it is difficult to hear anything other than the best about it.

But re-reading the book Big Magic by Elizabeth Gilbert freed me from the heartache that inevitably comes from releasing one's work into the world. (My prayers are often answered in the form of books or song lyrics.)

Here's a quote from the book:

"The results of my work don’t have much to do with me. I can only be in charge of producing the work itself. That’s a hard enough job. I refuse to take on additional jobs, such as trying to police what anybody thinks about my work once it leaves my desk...

I don't know anyone - ANYONE - who would have dedicated three months of their life to a project where they had no idea what result it would produce, if any. I had the courage to do that, to listen to my heart, and to trust that there was a purpose to it all.

It also helps that I'm fucking stubborn, like a dog with a bone, and I was determined to do this and to do it right, regardless of the outcome.

I have no regrets about having dedicated this portion of my life to this project, and if I had to do it all again, I would. It was a fantastic creative journey, and I learned so much in the process that I would not have learned otherwise.

The most important thing I got out of it was that I grew a thicker creative skin. And that's important to me because I will continue writing, speaking, and putting myself out in the world. But one can only do that if one is prepared to deal with the consequences, and I am now much better prepared to be a creative person in this world.

"It is not the critic who counts; not the man who points out how the strong man stumbles, or where the doer of deeds could have done them better. The credit belongs to the man who is actually in the arena, whose face is marred by dust and sweat and blood; who strives valiantly; who errs, who comes short again and again, because there is no effort without error and shortcoming; but who does actually strive to do the deeds; who knows great enthusiasms, the great devotions; who spends himself in a worthy cause; who at the best knows in the end the triumph of high achievement, and who at the worst, if he fails, at least fails while daring greatly, so that his place shall never be with those cold and timid souls who neither know victory nor defeat."

I dare anybody out there to commit themselves to anything as deeply as I did to this project, and then to have the courage to release that creation out into the world. It takes a lot of courage to be that vulnerable. Most people wouldn't do it. Most people don't do it because the reality is that the world is full of cold and timid souls.

Maybe that's one of the things that Kevin and I have in common, and why I felt such a pull to do this project; because I saw myself in Kevin. I saw someone who's fighting hard to be seen, to be heard, and who allows himself to be vulnerable in the process of getting up to fight every time he gets knocked down.

This story I wrote, it was about Kevin. But it was also about me. Every artist inevitably leaves pieces of themselves in their work.

So again I say: I am not a filmmaker and should not be judged on the quality of - what in the end - was only a bonus to the story I wrote.

I am a storyteller. I am a wordsmith. I succeeded in telling this story and in telling it well. I know that. No one can take that away from me.

And regardless of what happens, or what anyone says, I will NEVER be a cold and timid soul. No one can take that away from me either.

This is where that thicker creative skin comes in: with every criticism I can now smile to myself with the knowledge that this person - simply by offering criticism - is identifying themselves as a cold and timid soul.

Because the people who are in the arena with me, those people who are also being brave with their lives in one way or another, would rarely if ever criticize harshly because they know what it's like to eat dirt and they would think long and hard before throwing mud in the face of someone standing in the arena beside them.

"If you are not in the arena getting your ass kicked on occasion because you were being brave, I am not interested in or open to your feedback about my work."