So. As mentioned in my last post, I'm writing a series of blog posts based on my relationship with my ex-boyfriend - aka Mr. Brightside. Maybe you're asking yourself if any of this writing will be the rantings of a woman scorned; a bitter ex-girlfriend with a bone to pick.

Let me make it very clear that this is not what it's going to be; I'm not writing any of this from the perspective of someone who hates her ex.

"Throughout your relationship history, you’ve had breakups and no doubt felt that whatever happened had galvanised change, only for you to find yourself in a similar or worse situation all over again.
However when you truly experience self-defining, life-galvanising change as a result of a relationship, you’ve experienced an Epiphany Relationship. The sudden clarity and insight into that particular relationship, yourself, your actions, and potentially all of your experiences, creates a defining moment where you can’t escape the truth and it becomes life changing."
- Nathalie Lue: Mr. Unavailable and the Fallback Girl

I am an entirely different person now from the one I was when I met Mr. Brightside.

"Honesty is truth with respect."
- Nathalie Lue
Now to re-emphasize: because I don't hate him, there will be no name calling or character assassination, but there will be some hard truths.
I will call him out on his behaviour, but I'm also going to call myself out because neither one of us behaved perfectly in this relationship.
And I can only comment on his behaviour as my boyfriend. I can't comment on him as a friend, a son, a father, etc., because he wasn't any of those things to me. Him being a crappy boyfriend doesn't preclude him from being a good dad, for example.
"People can be more than one thing...so somebody can be nice, and at times be controlling... It doesn't cancel out the fact that they're nice but when we can start to acknowledge the whole person then we can get a whole lot of context in there..."
- Nathalie Lue: Podcast Episode 195
So I will speak my truth, and I will do it as respectfully as I possibly can.
However the problem with real truth - the non-sugar coated variety - is that is can sound harsh. So if you read something that makes you ask yourself "Did an angry disgruntled person write this?" the answer is no.
My filter for all of this writing is the above stated quote: "Honesty is truth with respect."
As I write, I'm asking myself:
Is this honest? I need to be honest for my own sake. I've been lying to myself for so long and I lied throughout this entire relationship, but now I need to be very honest about how I really felt. I was raised in a family where my feelings were constantly invalidated, so really checking in with myself and acknowledging what I feel in such a way that I am able to act on it is something that has not been in my wheelhouse of life skills. If it had been, this relationship never would have happened.
Is this truthful? There is no absolute truth, there is only the truth from my particular vantage point. And feelings aren't facts. While our feelings are always valid - after all we have the right to feel whatever we want to - they aren't necessarily true.
I might say that he made me feel a certain way, but if somebody were to ask him about the same event, he would likely say that it wasn't his intention to evoke whatever I felt.
We cannot control how other people interpret our actions, so whatever I write will be my interpretation of his actions and how that made me feel as a result.
Is this respectful? It's one thing to state someone's behaviour as a fact. It is another to assassinate their character along the way. I will stay away from assassinating Mr. Brightside's character, however I will assassinate his actions within the context of the relationship.
Some of his behaviour was downright shitty, and me saying that he behaved in a shitty way is not the same thing as me calling him a piece of shit - because he's not.
My intention is not to hurt Mr. Brightside, it's to be honest about my experience in this relationship so that I can outline my dysfunctional patterns in such a way that I can change them. 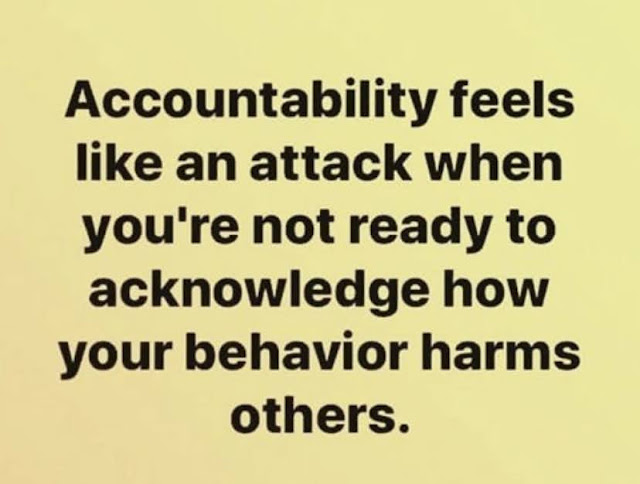 To be clear, this disclaimer is not for him (especially since it's unlikely he will ever read this), it's for you so that as you read, you understand that none of this is coming from a bad place.
Again, I want to make it very clear that in spite of everything which you're about to read in the coming posts, I do not believe that Mr. Brightside is a bad person; I don't think that any of the things he said or did or failed to say or do were coming from a pre-mediated evil place.
I do think he's someone who's not introspective enough to truly consider how his actions affect the people in his environment: kind of like a toddler running with scissors.
Our lack of self-knowledge hurts other people.
Where he failed in this relationship: he didn't know himself or what he really wanted.
Where I failed in this relationship: I didn't validate my feelings enough to act on them.
Me writing this is my continued journey into self-awareness so that I never again enter into another relationship based on lack of self-knowledge or self-validation.
I want you to know as well that there were smiles and happy events that were very real in the moment, and I can't allow those things to be erased just because this relationship unfolded the way it did.
So as you read this, don't get too angry at him; I needed him to be exactly what he was, and it wasn't all bad. (A lot yes, but not all.)
I would even say I've forgiven him for everything except that there's nothing to forgive. Forgiveness implies that there's someone to blame, and I don't blame him anymore than I blame myself. I understand that I needed him to be exactly who he was so that I could become the woman who would never date someone like him ever again.
(So...uh...thanks for being so inadequate I guess?)
As I said before, the woman I am now would never date Mr. Brightside, but it is only because I dated Mr. Brightside that I can say that I will never date a man like him again.
The truth is, none of this is actually about Mr. Brightside, it's about me. Mr. Brightside is only a foil for my healing, my growth, my insights.
In fact, some of the post won't even be about him; they will be things I learned because of him, but they won't be about him.
If I outline an experience with Mr. Brightside, call him out on a specific behaviour, comment, etc., it's not because I'm trying to make him look bad, but because I need to use that to illustrate how that helped me; to change, to grow, to understand myself and what I want and what my boundaries are.
I grew up in a dysfunctional, physically abusive, and emotionally neglectful household, and I'm still learning what is and is not acceptable behaviour in a close relationship. I was given a broken paradigm from which to live, and as a result, I've perpetuated that paradigm throughout my entire life and all of my relationships.
If we've grown up being told that black is white, and white is black, how are we expected to know any different?
If I say that something was shitty behaviour, again, I'm not trying to make him look bad, I'm highlighting it to myself so that I can acknowledge that this is not acceptable in order not to accept it in the future.
And yes, I will likely need to pass judgment on that behaviour. I may need to say "See this here? This is shitty behaviour." Because the thing is I am good - we are all good - at identifying overtly bad treatment. It's easy when someone says "You're ugly" or "You're stupid" etc. to understand that this is an insult and unacceptable.
But what if someone says (as Mr. Brightside once said to me) "You're the height and weight of the average man"? I didn't actually know how to take that in the moment. In hindsight I feel it was insulting, or at the very least, totally unkind and unnecessary.
So that behaviour right there? A covert (as opposed to an overt) insult? Where in the moment, I didn't realize how undercutting it was but after-the-fact was quite pissed off, I need to now say "that is shitty and therefore unacceptable" so that I never accept that again - so that YOU never accept that again.
To see in such a way that we cannot UNSEE.
I've had nothing but dysfunctional relationships all of my life, and finally, with this relationship, something snapped into place; the puzzle pieces FINALLY lined up. It's as though I reached a critical mass of dysfunction and shitty treatment that finally had me saying "Right, this ends NOW."
Mr. Brightside was the tipping point that allowed me to reach that critical mass.
I'm calling him out, and pointing out his behaviour so that I can SEE that this was wrong, and that I should never have accepted it. It's ok that I did (because of my past), but now that I see, now that I understand, I will never, can never accept it again.
We cannot unsee the things we have seen. I've seen the light - MY LIGHT - and I will never allow someone else's behaviour towards me to dim my shine.

We cannot love ourselves and hate the experiences that shaped us, and my relationship with Mr. Brightside changed my life for the better. It caused me to raise my standards, to truly see my own worth, and to understand myself and my unhealthy relationship patterns in a way I never have before; in a way that means I will never, ever make the same mistakes again.

I am grateful to Mr. Brightside for all the ways he failed in this relationship; him not valuing me means that for the first time in my life, I truly value myself. 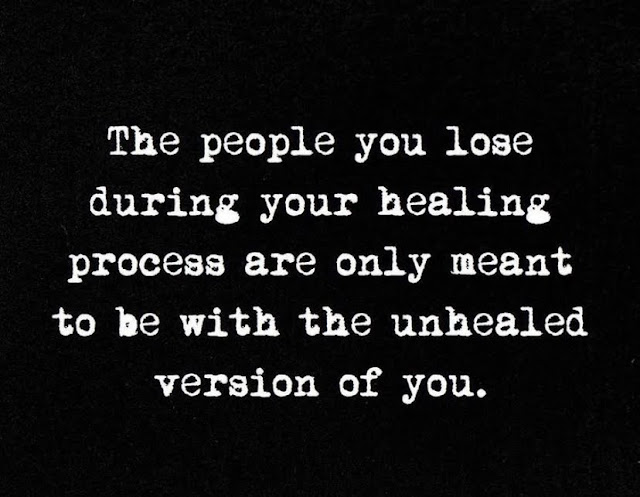