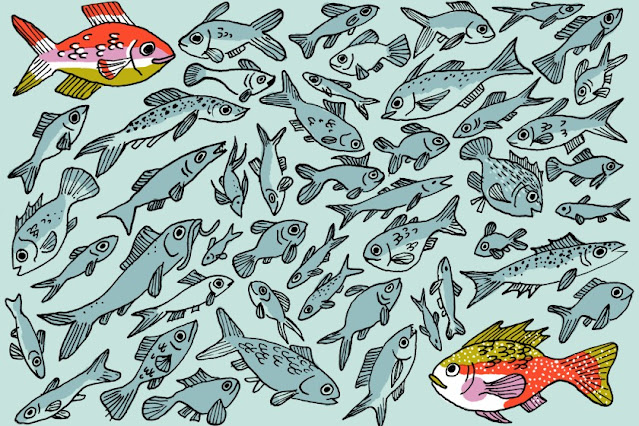 DISCLAIMER
Wanna hear a really dirty word?
I mean a really bad, highly offensive word that (I think) no one every wants to have used against them?
I mean, even worse than the f-word?

Needy.
Needy is a word that people recoil from; it's something no one wants to be accused of being.
Needing is bad. Needing implies clinginess. We're not supposed to need people, and if we do, heaven forbid we should let them know.
The word 'needy' is used as a weapon in relationships; it's the fastest way to shut down what someone is asking of us, or what we are asking of them. All we have to do if someone wants us to do something that we don't want to do is to accuse them of being needy for asking, and they will recoil and withdraw the ask, and vice versa.
It takes a person who's incredibly secure in themselves not to let that in, and to stand firm in their ask; to know that they have a right to have asked and that they're not being needy for having made the request.
Once again, being secure in a relationship, cannot happen until we are secure in ourselves, and secure in our need to need.
Is it even possible to be completely independent? Sometimes we take the desire to be independent to extremes...
Our desire to not rely on others is often borne out of pain, disappointment, betrayal. We don’t want to be let down anymore. We don’t trust people. We see needing others as a weakness, and conversely, we see “standing on our own two feet” as a strength.
The truth is, we’re all dependent in one way or another.
- The Four Dependencies
As a society, we celebrate, encourage, and admire independence.
It's what we're supposed to strive for because independence is good but dependence or codependence is bad.
But there is a middle ground: interdepence.
de·​pen·​dent: relying on another for support
co·​de·​pen·​dent: characterized by excessive emotional or psychological reliance on a partner for support
in·​de·​pen·​dent: not dependent: not requiring or relying on something else: not requiring or relying on others
in·​ter·​de·​pen·​dent: dependent upon one another: mutually dependent
Interdependence. YES. Mutual dependence - where both people need one another equally. Symbiosis. This is the ideal situation.
In our therapeutically hip and savvy culture, we have collapsed interdependence with codependence, no longer able to distinguish between the two. In our confusion, we have stopped giving much of ourselves to others. We have stoped allowing others to give much of themselves to us. For we have come to think of needing others as a negative thing. Our misguided goal has become total independence and self-sufficiency lest we be thought of as too "needy." And we've become all the sadder for it.

We're so afraid of appearing needy that we've given up a healthy sense of entitlement... Many of us have given up entirely on expressing our needs to others.
It's appropriate for us to go into a relationship with the intention of caring for the needs of another, with the anticipation that our needs for love, connection, and belonging will be cared for in return. It's part of what it is to be human.

Love requires that we give up a certain degree of autonomy and allow ourselves to become unguarded and accessible... Loving relationships must include the ability to be vulnerable enough to depend on someone.

Often when my clients complain that they are too needy, I discover that the people whom they are spending time with are unwilling or unable to provide support, consistency, and to love them. I assure them that they may not necessarily be too needy. Rather, they may be choosing people who, for whatever reason, aren't taking their needs into consideration.

I become so disheartened sometimes listening to women telling me they don't need a man in their lives. It's as though needing a man were akin to needing a wheelchair. The truth is that I will come to rely on upon anyone I let into my inner circle. That's how it should be. I need many things from the people in my life, and, hopefully, they trust me enough to need many things from me...it's simply not normal for us not to have needs in our relationship with others.

- Katherine Woodward Thomas: Calling In the One
Mr. Brightside made me feel needy for asking for the basics of what would be expected in a normal relationship. He wasn't able to give, well, very much of anything at all, and asking for more than that little bit he could give was overwhelming to him.
As previously mentioned, we had opposing attachment styles - he was avoidant and I was anxious. Another way to put it would be that within the context of a relationship, he was independent, and I was codependent.
From what I can gather about Mr. Brightside's childhood, he was very much left to fend for himself as a kid. His parents were very young, and they were busy trying to grow up themselves, and so had no time or attention to give to him.
Emotional neglect can make premature independence feel like a virtue. Many people who were neglected as children don't realize that their independence was a necessity, not a choice. I've had clients describe this to me in a number of ways, such as "I've always been the one looking out for myself," "It's nothing I can't handle myself; I don't like to rely on anyone," and "You should be able to do it without anyone else."
- Lindsay C. Gibson: Adult Children of Emotionally Immature Parents
When our needs are pretty much treated as a nuisance growing up, that leads to shame.

When and if a parent dismisses our needs as “needy”, and tells us we need to be more “independent,” that leads to shame, because we interpret our own needs as “ugly.”

Even if we develop an avoidant attachment style (or become emotionally unavailable) in order to detach from our primary needs, they don’t go away.

Detaching, having avoidant attachment style or being emotionally unavailable might make us look like we are “above” normal intimacy needs. Nevertheless, those needs never, ever go away.

And the more we have to feel our shame, the more shame we feel.

This sadly leads to us feeling fundamentally unlovable and unworthy of intimacy. It’s hard to escape the vicious cycle.
- The Feminine Woman: Abandonment Issues
As a result of his childhood, he became avoidant in his relationship style: compulsively self-sufficient; not able to depend on partner or allow a partner to “lean on” him.
Because of my childhood, I developed trauma-induced codependency and became anxious in my relationship style.
I define trauma-induced codependency as a syndrome of self-abandonment and self-abnegation. Codependency is a fear-based inability to express rights, needs and boundaries in relationship. It is a disorder of assertiveness, characterized by a dormant fight response and a susceptibility to being exploited, abused and/or neglected.
- Pete Walker: Complex PTSD: From Surviving to Thriving
Codependency is an emotional, psychological, and behavioural condition that develops as a result of an individual’s prolonged exposure to...a set of oppressive rules—rules which prevent the open expression of feeling as well as the direct discussion of personal and interpersonal problems... These rules prohibit discussion about problems; open expression of feelings; direct, honest communication; realistic expectations, such as being human, vulnerable, or imperfect; selfishness; trust in other people and one’s self; playing and having fun; and rocking the delicately balanced family canoe through growth or change—however healthy and beneficial that movement might be...

As codependents, we frequently lose touch with the emotional part of ourselves… Family systems…reject emotional honesty and at times appear to demand dishonesty…“Don’t feel that way. That feeling is inappropriate. In fact, don’t even feel,” may be the message we hear. We quickly learn the lie that our feelings don’t count, that our feelings are somehow wrong. Our feelings are not listened to, so we quit listening to them, too.
- Melody Beattie: Codependent No More
Mr. Brightside truly was compulsively self-sufficient; his detachment was extreme evidenced by the fact that he took a real sense of pride in not missing anybody.
When we had a conversation after our break-up, he told me - again, quite proudly - that throughout our relationship, he had been fine with or without me.
Not many people have heard the term “counter-dependence.” It’s not a term that is in common use, and not a concept that is familiar to many. In fact, it’s used mostly by mental health professionals.
It refers to the drive to need no one, or more specifically, the fear of being dependent.
Counter-dependent people go to great lengths to avoid asking for help, to not appear, or feel, needy. They will make every effort not to rely on another person, even at their own great expense.
- Dr. Jonice Webb: Running on Empty: Overcome Your Childhood Emotional Neglect 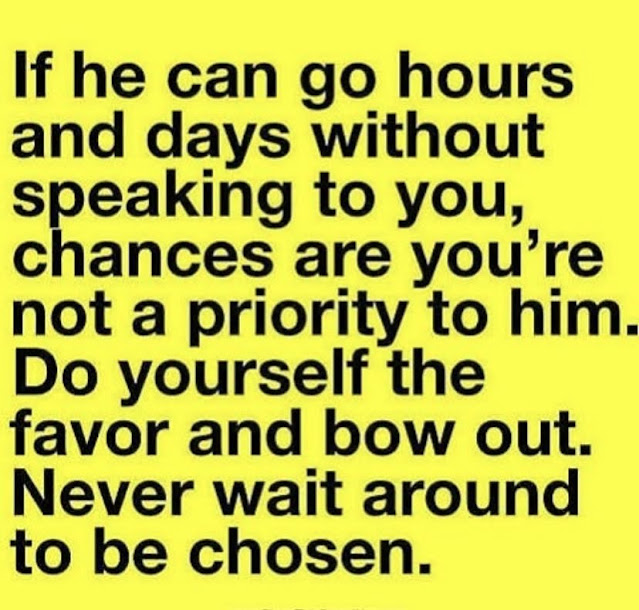 After our break-up, there was one memory I looked back on fondly; the one and only time I slept over at Mr. Brightside's house.
I found out during the night that he snored like a truck, and was so frustrated at one point that I took my pillow and went down to the living room to try to get some sleep on the sofa.
Shortly after I dozed off, Mr. Brightside came downstairs, confused and searching. He turned on a light and when he saw me on the sofa, I expected him to then go back upstairs to bed.
Instead, he grabbed a throw blanket and came to lie with me; he reached out to me, held me.
In the entire four-months we dated, this was the only time I ever felt that my presence made any difference to him.
And I realized after the fact that this was why it was a fond memory; because it was the only time in our relationship that he had made me feel wanted.
Feeling wanted is not a feeling I'm familiar with, thanks to my childhood and a lifetime of dating emotionally unavailable men.
But feeling wanted is a must; being needed and needing is n-o-r-m-a-l.
It's the way it's supposed to be in any relationship - why on earth would we fight to keep anyone in our lives who makes us feel as though our presence makes absolutely no difference to them?
From now on, if anyone makes me feel as though they could take me or leave me, then I prefer that they leave me.
I want it all, or nothing at all. And I deserve someone who feels the same.
We deserve to know that our presence makes a difference to those who say they care about us.
We deserve to feel wanted and needed.
And we are allowed to want and need.

Understanding That Connection Is Normal, Not Dependent
It's crucial that internalizers see their instinctive desire for emotional engagement as a positive thing, rather than interpreting it to mean they're too needy or dependent.
Instinctively turning to others for comfort when stressed makes people stronger and more adaptive. Even if they've been shamed by an unresponsive parent for needing attention, their emotional needs show that their healthy mammalian instinct for seeking comfort is working well.
Internalizers instinctively know that there's strength in being interdependent, as all mammals evolved to be.
Only emotionally phobic, emotionally immature people believe that wanting empathy and understanding is a sign of weakness.
- Lindsay C. Gibson: Adult Children of Emotionally Immature Parents
Individualism says, celebrate independence, but the second-mountain hero says, I will celebrate interdependence.
I will celebrate the chance to become dependent on those I care for and for them to become dependent on me.
- David Brooks: The Second Mountain
Email Post
Labels: Dating + Relationships Emotional Toolkit Mr. Brightside Self-Worth Settling