Am I Crazy or Am I Surrounded by Assholes? 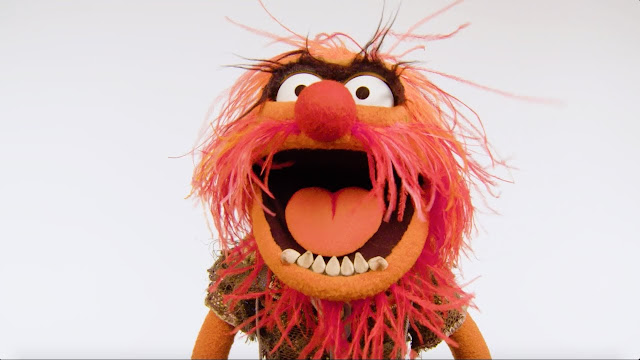 A few years ago, my brother said to me: You are everything that is wrong with this family.

It took me until now, literally this moment, to realize the reverse was true for me: My family is everything that is wrong with me.

That is such a deeply profound statement that it deserved its own post. 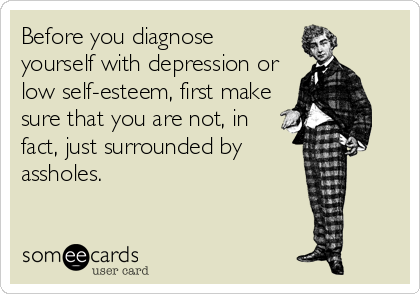 This realization started to dawn last summer, as outlined in this post.

But it was my relationship with Mr. Brightside and all the writing I did about it which allowed that truth to really land; it allowed me to finally see them and the extreme dysfunction of our family dynamic clearly.

The other thing which brought on this "Come to Jesus" moment was that since Christmas, I've only spoken to my mother twice, and my father once. Each time I felt worse afterwards, for days at a time.

Interacting with my parents is like sipping arsenic; I feel myself dying slowly and painfully.

Since Christmas, I've only spoken to my brother twice. The first time I felt worse afterwards, the second I felt neutral - maybe even slightly positive but in a very cautious way.

Interacting with my brother is like playing Russian roulette; it's probably going to be ok, but the one time it isn't, it's an extremely painful explosive death.

Why would I keep doing that to myself?

There's no benefit to me, and I matter.

In spite of everything that my family dynamic has led me to believe, I matter.

It took me until now, until age 40 to be able to say that out loud and believe it, so I will say it again: I MATTER.

They made me believe that it was ok and even normal to feel bad all the time - that's why I've ended up in so many one-sided friendships/relationships/jobs - BUT IT FUCKING ISN'T.

If no one has ever told you this before, let me be the one to do so: Feeling bad all the time within any kind of relationship dynamic is NOT NORMAL.

We have the right to say no, but we're the only ones who can say no; we can't count on other people not to walk all over us or take advantage of us, even the people who are supposed to love us.

We get to decide, but we must decide, what we will or won't accept.


I don't like my parents.
I mean as people; I don't like them; if I met them on the street right now, I wouldn't feel compelled to ever see them again. They bring nothing to the table; they expect so very much, but give so very little.
My brother and I, we have a shared history, and I have moments when I enjoy interacting with him, but if we weren't related, we would never be friends.
What holds many families together - mine included - is a bond. But I don't have a relationship with any of them.
Bonding and relationship are two separate things...
Bonding is a sense of secure belonging created through familiarity and physical proximity... Bonding gives a sense of family and tribal community, but a relationship satisfies the emotional urge to know and be known by another person.
You can feel very bonded to a person, even if they show little relational interest in your subjective experience...
Adult children of Emotionally Immature parents can feel bonded to their parents and assume it's the same thing as being loved, which it isn't. Yet when the bond feels strong, it feels like a satisfying relationship should be possible. Unfortunately, this doesn't necessarily follow.
To distinguish between bonding and relationship, ask yourself whether the person to whom you feel bonded is aware of your inner emotional states and subjective experience.
Without that interested, empathetic component, your relationship may be based more on bonding than relational love.
As part of your recovery from emotional takeovers by Emotionally Immature parents, you may have to reeducate yourself that bonding is not the same thing as a close relationship. As an adult, you might be better off investing in a deeper relationship with yourself, while lowering your expectations for the kind of relationship you can have with an emotionally unresponsive parent.
- Lindsay C. Gibson: Adult Children of Emotionally Immature Parents
I've been mourning the loss of my family these last few months; I've cried at the knowledge that I'm basically an orphan.
When I told one of my friends this - crying on the phone - she said "But you already knew that."
Yeah, I did.
I've always been more responsible for myself than I should have been, because they abdicated their parental duties early on (those they had actually chosen to fulfill in the first place).
And so the sadness I feel now isn't so much the loss of them, but the loss of who I'd hoped they would one day become if I worked hard enough and did enough of the "right" things.

It's the same pain I felt after the end of my relationship with Mr. Brightside, and well, all of my relationships to be honest.
Mourning the loss of something that only ever existed in my own mind, but never really was.

CONVERSATION WITH A FRIEND AFTER THE BREAK-UP

Almost from the beginning you had doubts - you were never really wowed. The best thing I heard you say about him was that he was 'nice.'

Because there's no relationship if you can't be friends.

You were trying to make a relationship out of something that wasn't because without friendship, there is no relationship.

Almost from the beginning you had doubts - you were never really wowed. The best thing I heard you say about them was that they were 'nice' sometimes.

Because there's no relationship if you can't be friends.

You were trying to make a family out of something that wasn't because without friendship, there is no relationship.

Different. But same same.
Holding onto my family is why I've only ever had dysfunctional relationships: as long as I had a torch lit for my unfulfilling relationship with them, I kept attracting guys I would have to do the same thing with.
Guys I knew weren't good enough right from the start but keeping that torch lit anyhow with the hope that they would change if I worked hard enough and did enough of the "right" things.
Different. But same same.
That nugget landed during a conversation I had with Mr. Brightside after we broke up, where he said "You were so into me."
First of all - WHO THE FUCK SAYS THAT?!
Second - Uh...no...I wasn't. I was just playing the role my parents taught me to play. And I played that role very well evidenced by your narcissistic comment.
It was the wake-up call I needed.
If you grew up with emotionally immature parents, you may face your own challenges with reciprocity, having learned to give either too much or not enough.
Your parents' self-preoccupied demands may have distorted your natural instincts about fairness.
If you were an internalizer, you learned that in order to be loved or desirable, you need to give more than you get; otherwise you'll be of no value to others.
If you were an externalizer, you may have the false belief that others don't really love you unless they prove it by always putting you first and repeatedly over-extending themselves for you.
- Lindsay C. Gibson: Adult Children of Emotionally Immature Parents
Internalizers and Externalizers go together like peanut butter and jelly.
I am an internalizer - I always give more than I get.
My parents are both externalizers - they constantly expect me (and all people) to repeatedly overextend myself for them, and if I don't they take is as a sign that I don't care about them.
I gave, they took, but it was never enough. I was never enough.
I'm done with that now because I'm tired of it. I've spent a lifetime working really, really hard to justify my existence and get affection from people I don't even like.
Why are you working so hard to be "good enough" for people who aren't good enough for you?
- Nathalie Lue
A few years ago, my brother said to me: You are everything that is wrong with this family.

But now I know the reverse is true: They are everything that is wrong with me.

They're an emotionally stunted group of fundamentally flawed people...

- John Oliver sharing his thoughts about the Royal Family