The Corner Office: Failure & Success are Arbitrary and Relative

I often feel as though I'm failing at life; I'm *pretty sure* I'm not the only one.
I feel it most especially after spending, oh, a whole five seconds or more on social media.
Social media, advertising, magazines, the world of shiny and glamorized society tells us "HEY - this here? This is success."
Success means being a baller and not having anyone question the weird shit you spend your money on like a wedding dress covered "in a latticework of mirror shards that were placed to look like flower petals."
And we nod obligingly, and accept that yes this is success. And then we feel like big losers because our lives aren't shiny and glamorous and problem-free.
When I compare myself to the world as curated by the media, my anxiety skyrockets and I feel as though me and my life just aren't acceptable, aren't enough.
And then I'm more susceptible to buying into the hustle culture that says "Hey, hey, hey, you're not measuring up?!? NO PROBLEM! Here's a program / book / course / coaching package that will help you maximize your potential so that you can stop being such a big fat loser!! And if you don't buy this program / book / course / coaching package then YOU ARE A WASTE OF SPACE WHO IS WASTING YOUR LIFE!!!"
Hustle culture strives to turn us all into "success robots" who wake up at 5 a.m., meditate for six hours, work out, journal, says affirmation, feed the homeless, and makes passive income every single day.
Well FUCK hustle culture.
And FUCK the media.
M.E.D.I.A. =
Most
Effective
Devil
In
America
I remember thinking as a kid that success meant a corner office. It meant getting dressed up everyday to go to work, being a boss (#likeaboss), making lots of money, and making important decisions that would impact the world.
I coveted the sort of life that Patrick Bateman has in American Psycho (<-- my favourite scene). Perfect. Everything is perfect, and precise. Nothing out of place.
Because shiny perfection guarantees happiness, doesn't it?
I learned the hard way that maintaining the facade of perfection is exhausting.
At my last job, I was a corporate events manager. I flew all over the world for the conferences I organized, meeting with high-powered executives. I existed only to work. Everything I did when I wasn't working was to prepare for the times I was working.
I worked hard, had to be 'on' all the time, and that included having my "look" pulled together. All of it just took so much time and energy.
The last conference I orangized was a 9-day event in Chicago, where I worked while I had a sinus infection. I couldn't take "time off" because there was no one else to do the work. I was running on adrenaline and by the time I left that job, I was burnt-out.
It was exhausting.
It made me realize that I cannot keep that pace; I don't want to live that life - addicted to my own busyness and running on fumes.
What do you do when you realize you don't want the corner office?

What if you know that you are in fact, smart and ambitious enough to get it - if you wanted it - but that you really don't want it?
What if you know yourself enough to know that the amount of work and responsibility required to get that corner office would mean trading your precious life energy for something that ultimately doesn't matter?
Success and failure is something that we all have to define for ourselves because success and failure are arbitrary and relative.
Am I a success? According to what measuring stick?
Am I a failure? Compared to who?
If you feel like you're failing, remove the yardstick.
If I don't compare myself to anyone expect my yesterday self, I'm doing pretty great. If I compare myself to a corner office, American Psycho perfect life, I'm not doing so good.
Success or failure are about how we define them and just because a lot of people agree that success looks a certain way, doesn't mean that we have to agree with them (just because they've all been drinking the same media Kool-Aid, doesn't mean they're right).
I've spent a lot of my life "shoulding" on myself. Telling myself that me and my life need to be different, better, shinier, definitely thinner (!), whatever.
But I realize that the life I'm guilting myself into thinking I must have is a life that wouldn't actually make me happy. It's based on a person I think I'm supposed to be rather than who I actually am.
I "should" all over myself because I think success is defined the way it is on TV.

But the truth is that behind extreme success, there's often extreme chaos; it's a life that doesn't have time for LIFE. (Just look at Elon Musk - this is not a happy man - to be that successful, other things must fall by the wayside.)
Life is messy and to think that we can live like robots with strict and consistent outputs that result from strict and consistent inputs, is insane; unrealistic.

The kind of success that I've been lead to believe I ought to strive for is one that would make me intensely unhappy because it doesn't take into account the type of person I am and the type of life I want to lead. 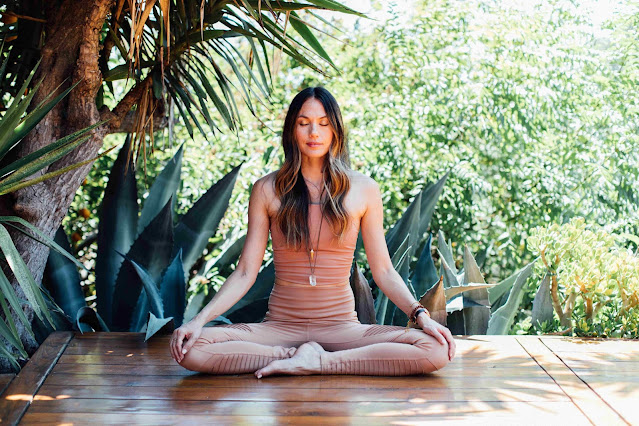 I understand that society is geared to avoid this AT ALL COSTS. What if we're left alone and GOD FORBID, we feel a feeling that's uncomfortable??!

Most of us were not taught how to deal with those feelings so run, run, run we must.
But I don't want to run away from myself anymore. I don't want to run away from my life.
I'm embarking on a period of redefining myself and redefining what my idea of success is.
I realize that materially, I want for nothing. Oh sure, if I had more money I would indulge in more luxuries. But what I'm most interested in is the means to live a life filled with a lot of fun experiences because I don't really need more stuff.
When is enough enough?
When is it ok to pull the bell and ask to get off the train of more?
"This is my stop. Thanks all the same, but I have enough, I am enough, so I'm getting off now."
What's the difference between choosing a peaceful life with less, and being an underachiever?
I don't really know. I don't have an answer, but I know I'm in a place in my life right now of living in the question.
Just because we can do more doesn't mean we SHOULD do more. We're not robots; we're not supposed to tap out our potential outputs every single say.
And if that idea makes me an underachiever, then I ask... according to who?
Email Post
Labels: Letting Go Reflections Self-Worth